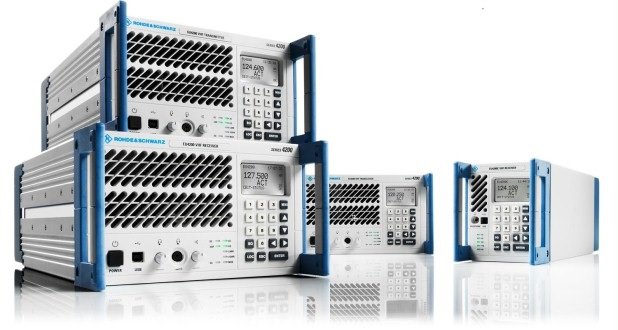 Over 20 German Armed Forces (Bundeswehr) airports and the service’s IT school have been modernized over the last two years with R&S Series4200 and R&S M3SR Series4400 radios from Rohde & Schwarz. These locations have been integrated into the latest digital Voice-over-IP (VOIP) infrastructure of the German Air Force. Air traffic control operators are now able to communicate with aircraft on VHF 8,33 kHz channel spacing of the frequency band (117,975–137,000 MHz). This simplifies nationwide frequency planning and coordination and fulfills actual requirements of the European Commission.

“The German Air Force has been using our communication systems for 40 years and has now modernized over 20 airports,” said Constantin von Reden, Vice President Market Segment ATC at Rohde & Schwarz. “Investments were also made in infrastructure and cable routes, where necessary. Antennas and lightning protection were upgraded in accordance with current standards. Soldiers present at the locations were enthusiastic about the professional and fast work of the Rohde & Schwarz team and its partners on site.”