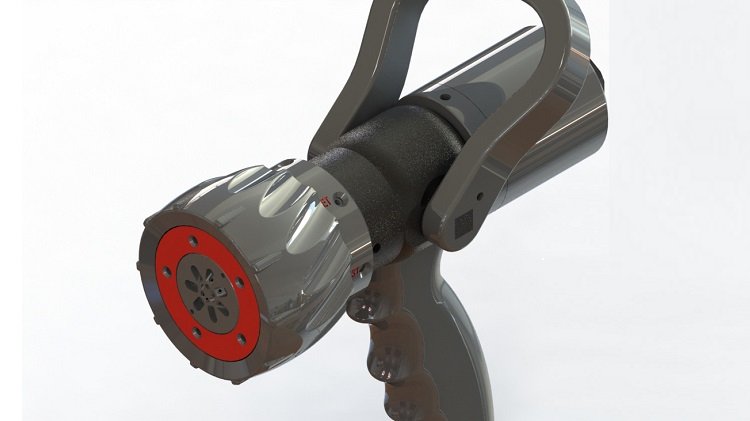 ILUS International has now announced its launch of its Maxi A-1, the world’s first and only all-in-one handheld firefighting nozzle with integrated water misting capability. This nozzle can operate on most standard firefighting vehicles globally and even from fire hydrants. 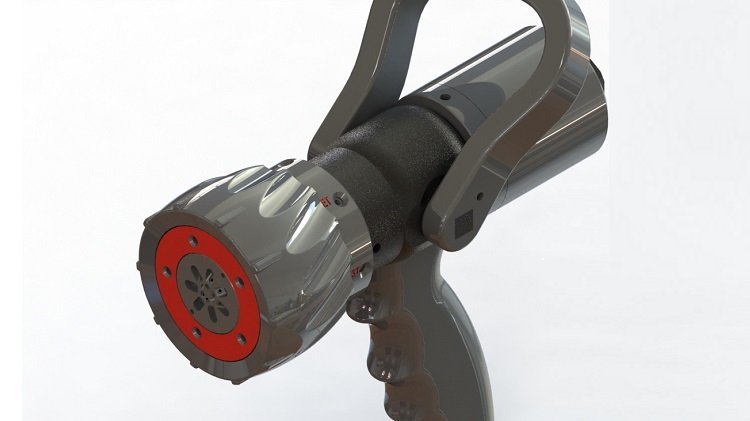 It is the only nozzle of its type globally which can provide several selectable flow water jet streams of up to 160 GPM as well as a “single click” 13 GPM water mist mode which can extinguish most fire types including electric fires and fuel fires, and a fog pattern mode.

Following months of testing by FireBug engineers, the Maxi A-1 has proved successful in the consistent extinguishing of multiple classes of fires including flammable gas fires, electric fires, and cooking oil/animal fat fires which standard firefighting nozzles are not capable of efficiently extinguishing without the use of added chemicals.

The Maxi A-1 will be going into full scale production at a UK manufacturing facility which ILUS is in the process of acquiring and will announce soon. For the North and South American markets, nozzle components for all FireBug nozzles, once manufactured in the UK, will be assembled by Precision Powered Products in Houston, Texas, which ILUS is in the process of completing the agreed acquisition of. FireBug plans for the full-scale UK production of the Maxi A-1 to commence from the beginning of February 2022 and in the meantime, the company is already producing some units for further testing, demonstrations, and special orders at its Dubai, UAE facility.

Not only can the water mist technology offered by the Maxi A-1 nozzle extinguish electric vehicle (EV) fires and many other fire types which firefighters struggle to extinguish without the use of added chemicals, but it also uses 60-80% less water in doing so. The availability of water mist in a nozzle that can be used on every fire truck, on the most widely used firefighting pumps and even from fire hydrants, means that firefighters can save up to 80% of water when fighting conventional fires and not just some of the less prevalent fire types. Consequently, fewer fire trucks are required at a scene and smaller firefighting vehicles with smaller water tanks can be used to achieve the same firefighting capability as larger, more expensive, and less efficient fire trucks.

One significant challenge faced by the first responders is the increased prevalence of EV fires and related battery fires. Although electric vehicles currently only make up 1% of vehicles on the road, by 2035, this number is expected to increase to over 30% of vehicles in the US and over 50% of vehicles in Europe. The use of lithium-ion battery technology and solutions is rapidly increasing, with firefighters being required to battle thousands of lithium-ion battery related fires daily. These types of fires are a major risk to life, assets and premises and present a major challenge to first responders given that they are incredibly difficult to extinguish with conventional technology. For example, the First Responder’s Guide from Tesla states that in the event of a Tesla battery fire, 3,000 to 8,000 gallons of water need to go directly onto the battery to extinguish the fire. The average fire truck has a water tank size of 500-1500 gallons, meaning that unless a fire hydrant is available, several fire trucks are required to extinguish a Tesla fire. ILUS’ water mist technology such as that delivered by the Maxi A-1 nozzle can extinguish such fires with less than 220 gallons of water.

While it may seem counter intuitive to use water against electrical fires, water mist systems remain highly recommended and an effective method of suppressing such fires from thermal runaway. Although some other water mist systems do exist for firefighting, these are only high-pressure systems which are less effective at fire extinguishing, thus often requiring foam or added chemicals to extinguish fires. FireBug’s water mist is uniquely delivered at low pressure through the specialized atomization of water droplets. In addition to being considerably less effective than FireBug’s low-pressure water mist technology, high-pressure water mist systems cannot deliver a higher volume jet stream of water, or a fog pattern to provide the complete solution as delivered by the Maxi A-1 nozzle. As a result, there is currently no competitor nozzle on the market which can deliver the all-round performance of the Maxi A-1 nozzle.

The FireBug Maxi A-1 Nozzle is National Fire Protection Association (NFPA) compliant, and FireBug is in the process of applying for a patent for the new technology, which will add to the existing patents it already has for its Mongoose external firefighting lance and its water mist rotor/spinning regulator.

Managing Director for ILUS International, John-Paul Backwell, commented “In short, I believe this nozzle will save more lives and within a couple of years every fire brigade will have it on hand to fight a wider range of fires more efficiently and safely. No longer are separate pumps and vehicles or added chemicals required to extinguish a flammable gas fire or electric vehicle fire efficiently. No longer are six fire trucks required to turn up at the scene of a Tesla fire. Why should the fire services spend an entire week and divert all their resources to extinguish an Energy Storage System fire? This nozzle changes the game – period! Our strategy of acquiring multiple distributors is increasingly important; these distributors will already have the key decision-making relationships with fire brigades in place. We developed this “all-in-one” nozzle in response to requests by large potential customers, and we are excited to now go back to these well-known companies with the precise solution that they requested. The Maxi A-1 nozzle will shift our disruptive water mist technology for firefighting from being niche to mainstream. As a result, we are confident that we will be able to exponentially increase our nozzle sales without sacrificing the high margins we already make on the products. The ILUS team remains hard at work on the technology front and whilst acquisitions and deals are often what gets talked about, there are many more amazing technology developments going on under the hood of the company which we look forward to announcing soon.”