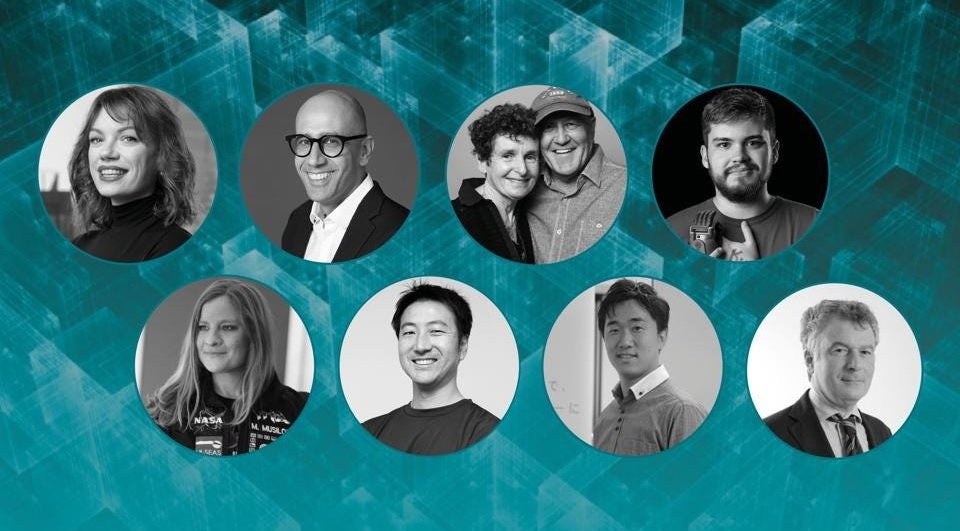 ESET recoginses Heroes Of Progress for their contribution to technology

ESET has announced its 2022 Heroes of Progress. The shortlist includes nine unsung agents of change from across the world who have contributed to technological progress across a variety of industries. The shortlist was curated following a rigorous process in which the heroes provided a comprehensive outline of their work and the impact that it has had. The entry process required applicants to include details of any technology they invented, adopted, or improved, including information on how this technology has advanced industries, communities, or society at large. An expert judging panel, headed up by ESET chief business officer Ignacio Sbampato, then reviewed over 50 shortlisted applications before deciding on the shortlist of nine individuals.

“ESET places immense importance on the development of science, and the technology, research, and corporate responsibility initiatives that our business pursues with our colleagues, customers, partners, and the communities in which we operate,” comments Sbampato. “We are proud to celebrate the amazing achievements of all the Heroes of Progress across the world and shine a light on the progressive minds helping to make our planet a better place.”

This year’s Heroes of Progress are:
1. Ken Fujiwara from Japan. The co-founder of UMITRON is on a mission to advance sustainable aquaculture. Alongside his colleagues Masahiko Yamada and Takuma Okamoto, Ken developed the world’s first machine learning algorithm to determine fish appetite levels based on their behavioral responses. This algorithm is currently integrated with various UMITRON products to help farms achieve precision feeding.

2 & 3. Ruth Hershler and Cecil Hershler from Canada. The wife-and-husband duo run Education without Borders, a non-profit organization supporting children in South Africa. The pair have utilized and further enhanced an existing “School in a Box” program that provides students from lower-income households with the technology they need to change their future, giving them access to more opportunities.

4. Ligia Kornowska from Poland. Kornowska is co-founder of Data Lake, an EU-funded start-up creating an international medical data donation system that provides large, high-quality datasets to researchers for the purposes of medical and scientific progress. For the past three years, the leading Polish medical journal Puls Medycyny has listed her amongst the “100 most influential people in Polish healthcare”. Ligia was also on the Forbes “25 under 25” list.

5. Giuseppe Mastroviti from Italy. Mastroviti developed a method to supply energy to electric vehicles through an inductive charging technology system installed alongside the road. The technology, currently in use at A35 Brebemi, charges the car battery when vehicles pass over the coils, communicating with the system through an electromagnetic field.

6. Dr. Michaela Musilova from Slovakia. Dr. Musilova is an astrobiologist and the director of the HI-SEAS analog space research station. She has been conducting space-related research with many institutions around the world, including NASA and international telescopes, such as the Canada-France-Hawaii Telescope. Musilova has also led over 30 simulated missions to the Moon and Mars as their commander, where she is developing new safety technologies for astronauts to be able to live and conduct research on the Moon and Mars.

7. Junto Ohki from Japan. Through ShuR, Ohki developed a video chat interpretation service (VRI) that the deaf community can use through a smartphone, tablet, or PC. He has also crowd-sourced an online sign language dictionary. His work has made a significant impact on the deaf and hard-of-hearing community.

8. Bass Salah from Australia. Through his company ResetData, Salah and his partner Marcel Zalloua have created a sustainable cloud service built on immersion cooling. They are building an edge mesh by sourcing underutilized buildings and occupying them with data centre infrastructure.

9. Gino Tubaro from Argentina. Tubaro is an innovator who specializes in creating prosthetic limbs with 3-D printers that are distributed free of charge through his organization Atomic Lab to more than 40 countries and schools. Gino’s organization has been recognized by Barack Obama. Along with his team, Tubaro has developed solar 3D printers that use plastic bottle material for printing 3D medical designs such as splints, clamps, and animal prosthetics among others.

“It was inspiring to see the sheer volume of entries we received,” comments Sbampato. “The quality of the nominations was incredible, meaning that our Heroes of Progress really are the best of the best, across the world. These are the individuals who have made a real impact through technology, advancing industries, communities, and society in innovative ways. Because of such heroes, progress is protected.”