Dubai getting ready to enter a new era of flying vehicles

As the city of Dubai, gets ready to move into a new era of transportation which will see the sky filled with flying taxis, and autonomous air vehicles, Dubai’s Roads and Transport Authority (RTA) signed an MoU with the Dubai Air Navigation Services (DANS). 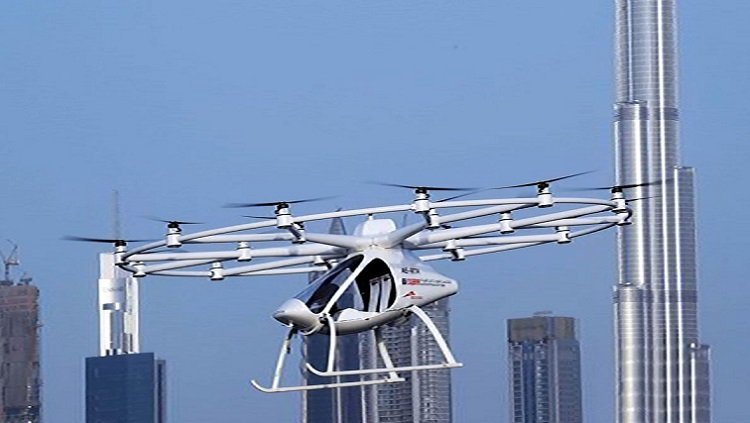 Speaking about the project, Ahmed Bahrozyan, CEO of Public Transport Agency and Head of the Autonomous Air Vehicle Project Team, RTA said “The MoU aims to step up cooperation in studying laws relating to autonomous air vehicles, participate in specialist workshops held by either party and coordinate efforts in R&D and innovations in relevant fields. The MoU also calls for charting out air corridors for air vehicles and stepping up the safety and security of aerial transport within the geographical perimeters of Dubai through using advanced technologies.”

“The two parties pledged to facilitate the procedures and share information about specialist and advanced firms, test programmes, and the specifications of take-off and landing sites for autonomous air vehicles among others. The signing of the MoU is part of our efforts to support the Dubai Self-Driving Transport Strategy aimed at transforming 25% of total mobility trips in Dubai into autonomous trips by 2030. It also fits with our aim to enhance the integration of mass transit means and add happiness to people through the deployment of smooth, fast and innovate transit means,” added Bahrozyan.

“We are thrilled to partner with RTA and look forward to supporting the strategic drive of our leaders in the fields of smart mobility and autonomous vehicles. Through sighing this MoU with RTA, a leading regional and global entity in this regard, DANS will harness its resources and expertise to serve Dubai’s future strategy in the field of smart air transport,” said Ibrahim Ahli, Deputy CEO at Dubai Air Navigation Services.

“DANS has an innovative culture supported by a team of top air navigation experts; which assures the realisation of our common objectives with RTA. Autonomous air vehicles are a key component of the vision of the UAE and Dubai and engaging in this cooperation will bolster their ability to anticipate the future requirements worldwide,” continued Ahli.