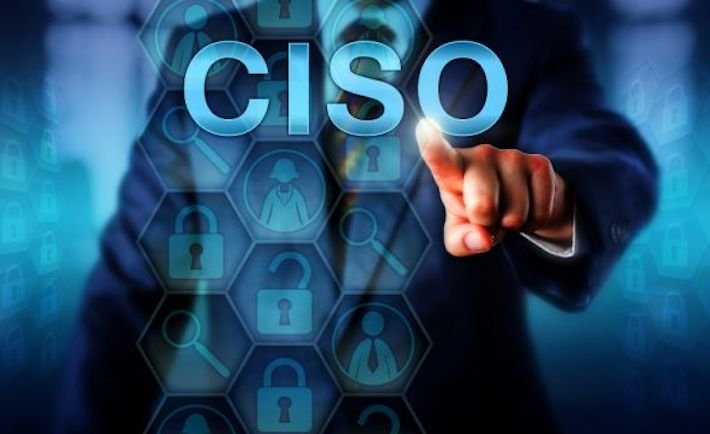 Today’s CISOs are taking up the mantle of responsibilities that have traditionally fallen solely to the CIO, which is to act as the primary gateway from the tech department into the wider business and the outside marketplace

Marlin Hawk’s research shows the CISO seat to be relatively industry-agnostic—with 84% of CISOs having a career history of working across multiple sectors—with today’s CISOs expected to bring more breadth of leadership to their role as they move away from being technical experts.

“Today’s CISOs are taking up the mantle of responsibilities that have traditionally fallen solely to the CIO, which is to act as the primary gateway from the tech department into the wider business and the outside marketplace,” said James Larkin, Managing Partner at Marlin Hawk. “This widening scope requires CISOs to be adept communicators to the board, the broader business, as well as the marketplace of shareholders and customers. By thriving in the ‘softer’ skill sets of communication, leadership, and strategy, CISOs are now setting the new industry standards of today and, I predict, will be progressing into the board directors of tomorrow.”

Key findings from the report include:

“I would say that you shouldn’t have the CISO title if you’re not actively defending your organization; you have to be in the trenches,” said Yonsy Núñez, Chief Information Security Officer, Jack Henry Associates. “I also feel that over the last eight to 10 years, the CISO role has become a CISO plus role: CISO plus engineering, CISO plus physical security, CISO plus operational resiliency, or CISO plus product security. As a result, we’ve seen multiple CISOs that have done a great job with cybersecurity, fusion centers, SOC, and leadership. This has paved the way for the CISO office to become a business enabler and also a transformational technology function.”

Kevin Brown, a seasoned cybersecurity executive, added, “We have over 100 countries at this point with their own data privacy legislation that makes doing global business in a compliant manner trickier than it used to be. As a result, in most organizations we’re seeing a tighter connection and collaborative spirit between data officers, CISOs, legal teams and marketing. CISOs have to be in the know on all priorities for these different sectors of the business so they can take them into account when writing policies—it’s a more complex job than it ever used to be.”

More organizations are appointing CISOs from within

Marlin Hawk’s research shows a decrease in the percentage of CISOs hired externally (62%) in the last year, compared to 2021 (64%), indicating a potential shift towards an organization’s next CISO already operating inside the business.

Marlin Hawk’s James Larkin went on to say, “As the importance of information security has grown, boards of directors, regulators, and shareholders have demanded greater controls, better risk management as well as more people and departments focusing on defending a company and its assets. Fortunately, this has had the positive side effect of creating more internal succession for the CISO position—organizations can look for risk and control focused talent in more places than just the office of the CISO.”

“Now candidates are being internally promoted to the role of CISO from IT Risk, Operational Risk Management, IT Audit, Technology Risk & Controls, among others,” Larkin added. “Not only does this give regulators more comfort that there are multiple sets of eyes on this at the leadership level, but it has also vastly increased the size of the succession talent pool and is helping to future proof the information security industry as a whole.”

“The not-so-secret secret is that no CISO can accomplish much in one or two years. Most CISOs change roles because of one of three reasons,” shares Shamoun Siddiqui, Chief Information Security Officer at Neiman Marcus Group.

“First, their skillset is not up to par, and they get quietly pushed out by the company. Due to the extremely high demand for security leaders, often individual contributors get elevated to the role of CISO, and they get overwhelmed within months. Second, they have an insurmountable task with unrealistic expectations, and there is a lack of support from their peers and from the leadership of the company. The company may be paying lip service to cybersecurity but may not be forward-thinking enough to make it a priority. Third, they just get enticed by a better offer from somewhere else. There is such a shortage of security professionals and security leaders that companies keep offering increasingly high salaries and benefits to CISOs.”

Another factor leading to high turnover is poor hiring decisions that are a result of a lack of scrutiny and due diligence in the recruiting process. While the immediate need may outweigh a more thorough vetting, fast tracking a CISO hire can have adverse effects if there are other, more suitable candidates out there.