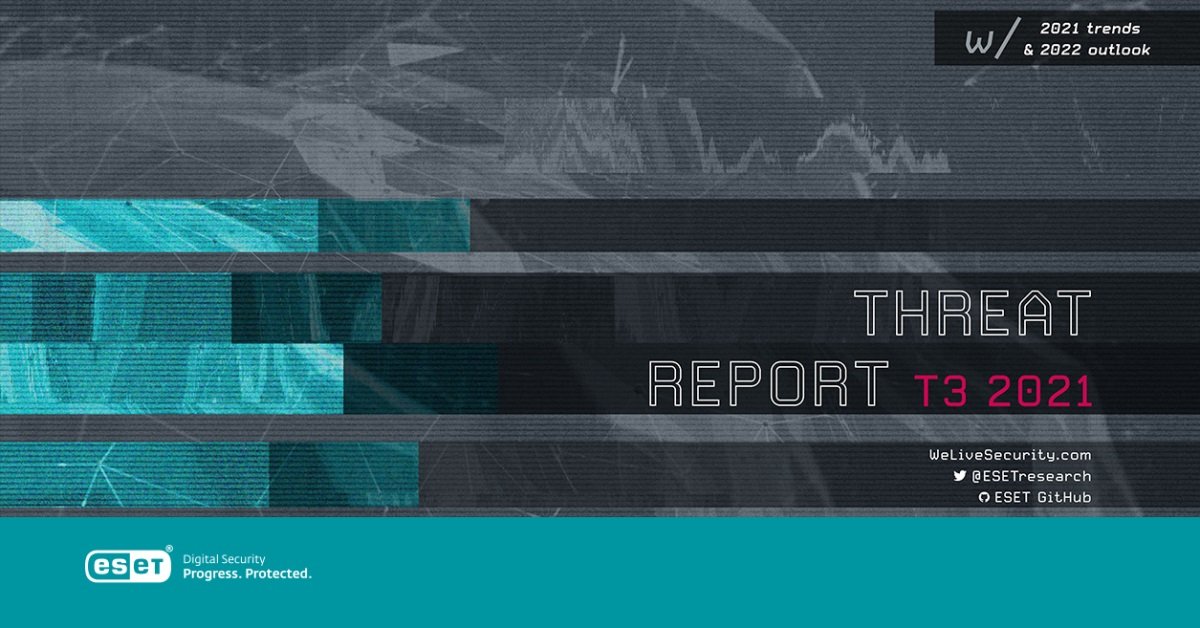 Attempts to exploit MS Exchange and password guessing on the upswing

ESET Research releases its T3 2021 Threat Report covering the period from September to December 2021 that sheds light on the most frequent external attack vectors, the reason behind the rise of email threats, and shifts in the prevalence of certain types of threats due to fluctuating exchange rates of cryptocurrencies. Researchers reveal that the ProxyLogon vulnerability was the second most frequent external attack vector in ESET’s 2021 statistics, right after password-guessing attacks. Microsoft Exchange servers fell under siege again in August 2021, with ProxyLogon’s “younger sibling”, named ProxyShell, which has been exploited worldwide by several threat groups. As the final threat report of the year 2021, it also comes with commentary on the broader trends observed throughout the year as well as predictions for 2022 by ESET malware researchers and detection specialists.

Further research in the report revolves around the Log4Shell vulnerability, yet another critical flaw in the ubiquitous Log4j utility that surfaced in mid-December. IT teams everywhere were sent scrambling, again, to locate and patch the flaw in their systems. “This vulnerability, scoring a 10 on the Common Vulnerability Scoring System, put countless servers at risk of complete takeover – so it came as no surprise that cybercriminals instantly started exploiting it. Despite only being known for the last three weeks of the year, Log4j attacks were the fifth most common external intrusion vector in 2021 in our statistics, showing just how quickly threat actors are at taking advantage of newly emerging critical vulnerabilities,” explains Roman Kováč, chief research officer at ESET.

According to ESET telemetry, the end of the year was also turbulent for Remote Desktop Protocol (RDP) attacks, which escalated throughout all of 2020 and 2021. The numbers from the last weeks of T3 2021 broke all previous records, amounting to a staggering yearly growth of 897% in total attack attempts blocked – despite the fact that 2021 was no longer marked by the chaos of newly imposed lockdowns and hasty transitions to remote work.

Ransomware, previously described in the ESET Threat Report Q4 2020 as “more aggressive than ever” surpassed the worst expectations in 2021, with attacks against critical infrastructure, outrageous ransom demands and over USD 5 billion worth of bitcoin transactions tied to potential ransomware payments identified in the first half of 2021 alone. As the bitcoin exchange rate reached its highest point in November, ESET experts observed an influx of cryptocurrency-targeting threats, further boosted by the recent popularity of NFTs.

In the world of mobile, ESET noted an alarming upsurge in Android banking malware detections, which rose by 428% in 2021 compared to 2020, reaching the detection levels of adware – a common nuisance on the Android platform. Email threats, the door to a myriad of attacks, saw their yearly detection numbers more than double. This trend was mainly driven by a rise in phishing emails, which more than compensated for the rapid decline in Emotet’s signature malicious macros in email attachments. Emotet, an infamous trojan inactive for most of the year, as illustrated in the report, came back from the dead in T3.

The report also contains an overview of the numerous talks given by ESET researchers in T3 2021, and introduces talks planned for the SeQCure conference in April 2022 and the RSA Conference in June 2022, with the latter showcasing the recent ESPecter discovery.