Home Cyber Security Adults can be victims of cyberbullying also 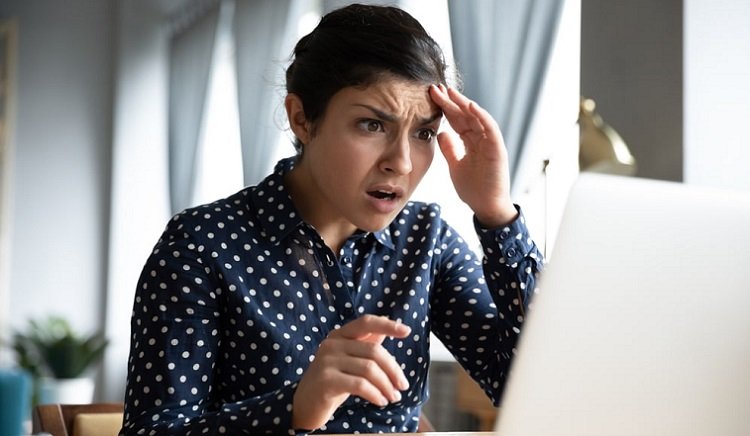 Adults can be victims of cyberbullying also

Amer Owaida, Security Writer at ESET explains that cyberbullying is not restricted to kids only but can happen to anyone, at any time – and at any age. The article further discusses how can adults deal with various forms of online abuse and harassment? Whenever cyberbullying is mentioned, our minds usually associate the topic with children or teenagers. Much has been said about cyberbullying by psychologists, organizations, public figures, as well as other concerned parties. However, we often fail to realize that adults can be the victims of cyberbullying too.

If you think that adults being victims is an overstatement, just look at the comments under the social media posts of celebrities, athletes, or even politicians. You might say: “Those are public figures; they should be able to handle it!” As far as constructive criticism is concerned, then yes, by all means. But when does criticism cross the line and turn into cyberbullying?

Cyberbullying isn’t limited to public figures; any one of us can become a target. Skeptical? The Pew Research Center begs to differ. Its recent study on online harassment found that approximately four in ten US adults have personally experienced online harassment, with a quarter of the respondents finding their experience very or extremely upsetting.

And if that didn’t drive home the point that everyone could be a target regardless of age, then this quote from the Pew study by a 59-year-old victim might: “Cyberbullies who are anonymous are relentless. They find a weakness and hammer it over and over.”

As we mark Stop Cyberbullying Day, we should educate ourselves on the signs and threats of cyberbullying and how we can stand up to it.

What is cyberbullying?
The Merriam-Webster dictionary defines cyberbullying as “the electronic posting of mean-spirited messages about a person (such as a student) often done anonymously,” while stopbullying.gov says that “cyberbullying is bullying that takes place over digital devices like cell phones, computers, and tablets.”

It takes place on social media, messaging services, comment sections, forums, or even on gaming platforms. Social media is the most prevalent channel; almost 60% of Americans surveyed in the Pew study stated that the most recent episode of harassment they experienced was through social media.

You may encounter various types of cyberbullying attacks; some bullies will focus on your beliefs – political, religious or otherwise – while others may aim at your physical appearance, character, gender, ethnicity, sexual orientation, or anything that may present itself as an easy target and that will rattle you.

Your bullies may try to humiliate you by revealing sensitive personal information that you’d rather keep private. Often the person harassing you will be a stranger, but in some cases, it could be an acquaintance, a co-worker, or a former romantic partner.

When multiple perpetrators engage in the act of cyberbullying, it’s called mobbing. The act is sometimes associated with the workplace, where other employees try to force someone out of work by using intimidation, humiliation, spreading malicious rumors, or by other means.

We’ve also mentioned gaming platforms. Cyberbullying has been quite prevalent in the gamer community. It usually takes place when a player’s match performance within a team is suboptimal. The other team members then engage in berating them, using personal attacks and vulgar language. The worst manifestation of cyberbullying (and not only in the gaming community) is swatting, a tactic that involves deceiving emergency services into sending a police response team to another person’s address by falsely reporting a hostage situation or bomb threat. In some cases, these incidents have led to deaths.

Political discussions on social media or different forums can prove to be cyberbullying hotbeds as well. Tempers run high and participants want to convince you that their chosen party is the solution to all of the country’s problems. Civil discourse can turn into a vitriolic, hate-speech-filled, virtual shouting match with insidious comments and ad hominem arguments. Unfortunately, to make matters worse, trolls like to join in just to stoke the fire and see what happens.

Now, what can you do to protect yourself against cyberbullying?

Protective and reactive measures
When children and teenagers are cyberbullied, they are usually advised to turn to adults for help. But what can adults do? Who do they turn to?

Well, surprisingly, the advice remains quite similar. Adults should turn to other adults – in this case, the authorities. Cyberbullying is considered a crime in many parts of the developed world. The police, or the organizations that deal with this sort of crime, can then start an investigation.

But what should you do if you want to avoid turning to the police, and keep it as a last resort?
Most social media platforms have tools in place to deal with any kind of online abuse. On Facebook you can report offensive comments, posts, and profiles; the last can be blocked as well. The social media giant also offers pages dedicated to help with abusive behavior and bullying or harassment on its platform. Instagram also encourages users to report any instances of bullying and harassment and offers resources to help those who have experienced it. Twitter also offers advice on how to deal with online abuse on its platform.

When it comes to online gaming platforms the same usually applies. The majority of popular game platforms institute some sort of safeguards against online bullying and harassment. Usually these comprised a combination of manual reporting of players and automated detection of abusive behavior, which can lead to temporary bans and to permanent ones for repeat offenders. You may argue that they can sign up once again from another email, but they’ll have to start their journey through the game from scratch, which may be sufficient deterrence to an avid gamer dabbling in some cyberbullying on the side.

Always remember
Cyberbullying is never the victim’s fault: nobody should be treated harshly and attacked, no matter who they are, where they come from, or who they love – no one under any circumstances, period. If anything of this sort happens to you, do not keep it bottled up inside; rather, seek help. Talk to your friends, family members, human resources officials, or even healthcare professionals. They are there to help you find a solution to the problem.

It is also important to keep evidence of the cyberbullying and online abuse, so you can prove it happened should you decide to report it. Keep copies of the direct messages, blog posts, social media posts, emails, photos, or whatever else was used.