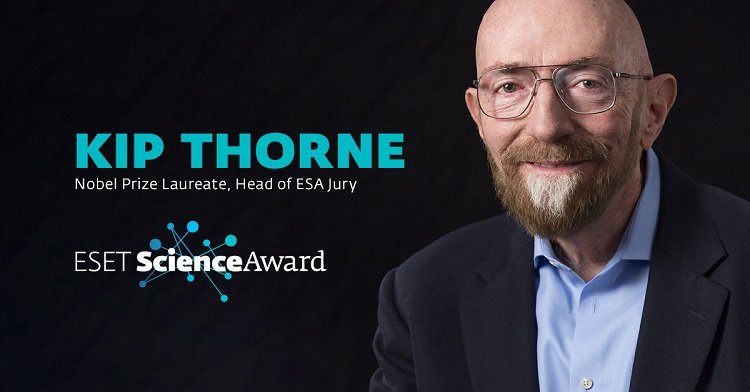 The winners of this year’s ESET Science Award will be decided by the International jury chaired by a Nobel laureate, Kip Thorne. An American physicist known for his work in gravitational physics and astrophysics, Thorne is one of the three scientists who were awarded the 2017 Nobel Prize in Physics.

Together with other members of the jury, Throne will select the laureates in two categories of the ESET Science Award: Outstanding Individual Contributor to Slovak Science and Exceptional Young Scientist in Slovakia under the Age of 35.

The International jury of renowned scientists is one of the pillars of the ESET Science Award. When evaluating finalists and selecting laureates, they assess various parameters of scientific work, such as current scientific research results and publications, measurable scientometric data, involvement in international scientific projects, communication and popularization, cooperation with other scientific disciplines, the principles of scientific ethics, the potential impact of scientific work on other areas of life, and as reference point for close collaborators or students.

Thorne is known for his work in gravitational physics and astrophysics, with an emphasis on relativistic stars, black holes and gravitational waves. He and two other scientists were awarded the 2017 Nobel Prize in Physics for the first direct detection and observation of gravitational waves. Since his retirement, Thorne has taken new directions in his career, including film, where he was not only a consultant on the blockbuster movie Interstellar but also a co-author of its original concept.

The winners for the award will be announced via an online event on the ESET Science Award Facebook profile today, October 14, at 1:30 pm (CEST).

Further information is available at www.esetscienceaward.sk