Home Articles How to avoid ‘data paparazzi’ in a Smart Home 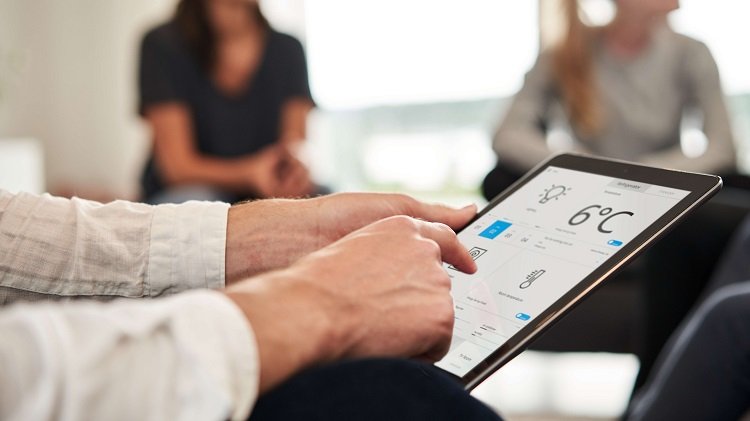 How to avoid ‘data paparazzi’ in a Smart Home

The paparazzi are known for often taking covert photographs of celebrities and selling them to tabloids or gossip magazines. In a similar vein, could the increasing number of smart, connected devices coming into our lives start acting like covert “data paparazzi”? And what can we do to avoid it? Find out here. Today, our devices collect and forward information to all sorts of external parties: our home security alarm provider, our electricity supplier, our fitness watch vendor, our car manufacturer, and so on. Smart assistants listen to our voice commands and take that information to the internet to execute our orders.

But smart devices go beyond the obvious too – they can be anything from a connected toaster to a washing machine, sewing machine, or a toothbrush!

Data from one device may not be a problem, but combining data from several devices could create a pattern that may reveal unwanted information about a user or a business. And with more devices coming into homes, concerns around the way personal data is managed, controlled and used by devices and organizations are increasingly being raised.

Each new device may introduce a new security risk, if not properly managed through its life cycle. The security risks must be handled by all actors in the value chain, including the device owner, regardless if devices are used by consumers, industries, or smart cities.

So what will be important to think about to ensure that users benefit and get value from devices and their related services, but avoid adding security issues? Should we risk unintentionally becoming surrounded by data paparazzi with their viewfinder aimed at us?

In this blog post, we’ll bring some light on to what these factors mean for the device owner and what can be done to confront it.

Smart devices and privacy: the big picture
Many of us already interact with at least 3 to 5 devices daily – a smartphone or even two, a smart watch, a tablet PC, a work laptop, and maybe a smart TV. One estimate is that by 2030, each of us will own 15 connected devices. Some devices, like a connected car or smart meter, are connected by default and typically managed by the company the user is a customer of. They typically rely on cellular connectivity. For many other devices, the users themselves select and provide the connectivity, often Wi-Fi or cellular, and are personally responsible for the management of the devices.

Above all, the network infrastructure and devices need to be secure. It’s important for us all that we can trust how our devices operate and handle data. It will also be important to ensure device security through the life cycle of the devices. With the fast growth and wide of range of smart and connected devices from different brands – that come with different user interfaces and functions – it might be cumbersome to keep all devices up to date in terms of firmware and security status, for example, from the day the device is purchased until its recycled. However, this is a key requirement for enabling a secure and trustworthy IoT environment.

GDPR and similar efforts have raised more attention to privacy from the general public. As people become more informed and want to know how their devices and information are used and managed, there will be an increased need for tools that enable identifying, verifying, and controlling the data the devices are collecting and sharing.

The data paparazzi problem
Let’s now go into some issues that celebrities have to deal with, regarding paparazzi and stalkers, and how similar situations can also occur in the IoT world. We’ll also reveal if similar mitigation strategies can work for both regular, and data paparazzi.

Information availability
While the saying goes that “all publicity is good publicity”, many celebrities wouldn’t agree. They want to be in control of the information shared about them, to build a relevant public image but avoid revealing private relations, unattractive personal habits, or similar.

The stalker problem
Many celebrities might also have to deal with stalkers – individuals who are overly interested in them and may try to gain as much information about them as possible, even using illegal means.

In the IoT space, the same phenomenon could happen to the average Joe. A smart home that doesn’t restrict access to the information it generates, can easily become a lucrative target for an attacker; the information generated by the home can be used to gather different information about the inhabitants, which could later be leveraged to commit a cyber attack. Information about when various appliances are used, such as when doors are opened, lights are switched on/off, energy consumption fluctuates, can be a real treasure trove.

This also means that potential attackers might not skip a house just because there’s some security applied, rather the security needs to be good enough that it deters attackers from trying, or stops them in their tracks.

Mitigation strategies
Celebrities tend to take precautions to hinder paparazzi and stalkers from invading their privacy. This can be in the form of living in gated communities, or at least having access control to their property, through walls and gates for example. They might also apply surveillance measures such as motion sensors and surveillance cameras, and even security measures such as guards or guard dogs. When moving about in public, they might have a security guard with them to keep interested parties at least at arm’s length.

The same things need to be considered in the IoT world. For example, in smart homes, access to the internal network and the data generated and stored there should be controlled and protected, monitoring should be applied to pick up on suspicious behavior, and reactive security measures, such as blocking and logging, should be taken when a breach is detected.

What has been normal for celebrities should now also become the standard for anyone in an IoT environment. When it comes to privacy, active measures should be taken to maintain it. While this might sound scary – and without proper actions it would be – it’s not something that’s difficult to achieve. Rather it’s about having the right mindset and recognizing that security needs to be built in and considered more and more in the connected world, even for private citizens.

What to protect?
IoT is very much about the data generated and consumed by IoT devices. At first, this data may be seen as producing no risk, but even simple data in a certain context may be sensitive. For example:

How to avoid unauthorized use of private data
There’s no silver bullet solution to this problem and the complexity is proportional to the number of devices and services that we as individuals interact with. Applying the best security practices is the responsibility of many entities. Device manufacturers and service providers need to provide secure devices/services, with proper control and maintenance for future proof device security.

But there are some rules of thumb that each of us can follow to minimize security and privacy issues related to our devices. By following these recommendations, one can build a system that will withstand a great deal of malicious intent, and deter the vast majority of attackers and opportunists. A few highly skilled and well-connected groups or individuals might be able to get past even the most secure systems, often through social engineering and phishing, that is, human weakness, rather than by technical security exploits. However, with the effort required, “average Joe” is maybe not the typical target.

End-user responsibilities include selecting suitable and secure solutions, and installing and configuring them in a secure way. Well-designed products should make this a relatively easy task, but it can also be done with the help of professionals. Furthermore, there are initiatives such as the Finnish Cybersecurity Label providing security labels for IoT devices, which aim to help consumers select products for which security has been verified.

Another important thing is to remember to update the software of the device.

And based on statistics regarding how a system’s security most often fails, a crucial task for the end user is to remember to change the default password of all and any devices that are installed.

What can I do as a device owner?

And remember to consider the trustworthiness of a device and its services before purchase!